The sun grabbed a cushion of billowing white clouds and lazily opened one eye to the world. How would it be if he refused to get up and follow his daily drill today?

Humans despised monotony, hell, he was a god more powerful and free. But with great power comes great responsibility, as a famous movie said. And he was all ready to take on all the duties that he was bestowed with (hell, did he have a choice?)

She awoke with a groan, waking up early had never been easy for her. But she had to, coz he needed to get up and get ready for work.

She was the proverbial black sheep, not good for the family reputation and community, but she was what she was. And she had no intentions of changing for anybody or anything. And yet, when she married the man of her dreams (or so she believed), she had to lay down to rest some of her dreams and lifestyle habits.

She was prepared for it, she said. And everyone believed her, since that is what she screamed she wanted. When someone raised a concern about how much her life would change, she convinced hem (and herself) tha it was all for the best…

She got him all that he wanted or desired. And that soon turned against her, as he started devoting more time and attention to those objects than to her. Such is life, when you try to fulfil the wishes of the one you love, he starts loving those objects more than you yourself. And then he claims, he never really wanted anything anyway, and that you have been an obstacle in his achievements, personal and professional.

She wondered how and where she was going wrong. Was it wrong to fulfil the wishes of the one you loved? Was it better to have him yearn and wait for his dreams? Coz her sacrifices were going to waste either way. There was absolutely no appreciation or thankfulness on any front.

She had always been independent, in thought and action, financially and logically. Yet, her biggest failing was her emotional dependency on the people that she loved. Him. More since they had committed to being each other's. And he either did not understand that, or he enjoyed making her feel lonely and empty inside.

She was confident, and yet in some situations, she felt as naïve as possibly Shashi (from her favorite Bollywood flick English Vinglish) on her maiden trip to the US. Her husband, who prided himself on his many qualities supported and loved her, and made her feel inadequate in turns. Making her hate him and their relationship ever so often. Her confidence was not as great as she thought when he was involved in the situation.

But then, that’s how some things are… You think you know what you want, and you struggle for it, and then you wonder if what you fought for and achieved was really the best that you could have got. Can we be assured of a better future if we refuse what is in front of us?

Beauty has an address! - Awesome Oman

( Psst.... !! This is an entry for the Indiblogger contest: Beauty has an Address... Please vote for me by going to this link: http://www.indiblogger.in/indipost.php?post=364596 and click "read post". Even if a handful of you lovely 115 followers do this, I could win a trip to Oman and share my actual, completely non-fiction experience with you!! ) 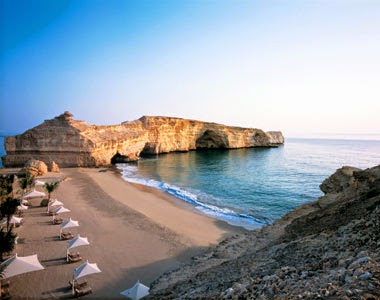 What do you do in a country that boasts of a coastline of 1600 km? You take morning walks on the seashore, relax in the calm waters in the afternoon, engage in adventure sports in the evening and lounge around in the rocking restaurants at night! For a beach lover like me, this spells absolute bliss.

But the magical country of Oman has so much more to offer than just a beach experience.

Be it the majestic mountains that are a photographer’s delight or picturesque forests with wildlife galore. There are imposing forts with awe-inspiring history and there are friendly people in colorful markets. Bask in “Arabia’s jewel”, the royal capital city of Muscat with tall, golden minarets and peaceful lawns and flowers. The old capital Nizwa also has its quaint historical monuments and handicrafts that appeal to all culture loving tourists. Step into the magical world of Bahla and listen to the mysterious myths and legends. Or feast on the sight of the Wahiba sand that dissolves into the Arabian Sea. Finally, get away from it all at the idyllic Masirah island. And these are just a few of the many things to do in Oman… Beauty does have a marvelous address!

No wonder then that the tourism industry is flourishing in Oman. Being a travel enthusiast, it would be a dream come true for me to win an all-expense paid trip to this exotic destination. Amen to that!

So, if I were to indeed be the lucky one chosen for a holiday in Oman, here’s how my vacation would look like…

I would start my sojourn at Sohar, popularly known as the birthplace of Sinbad the Sailor and not just because the Arabian Nights is one of my all-time favorite books! This place was an ancient capital of Oman and is now a bustling port and marketplace (locally called “souk”). I would then head to the vacation capital of Salalah and spend some lazy time on the beach and explore the archaeological sites. Camel racing will be on my agenda as well. The traditional hospitality typical of Oman would welcome me and make me feel at home instantly, and I would continue my journey to Sur to taste the culture and traditions Omani style. 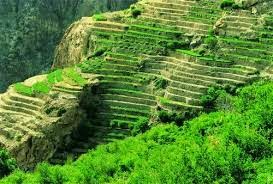 After some bargain hunting for jewelry and souvenirs, I would move on to Jebel Akhdar, 'The Green Mountain' with scenic terraced villages. The highest point on the Arabian Peninsula would be the perfect location for a camping trip! Nestled in the lap of nature, I would then visit the beaches of Ra's Al Hadd, the nesting ground for the endangered green sea turtles.

How can I not visit the capital city of Muscat? Of course, I would not be able to enter the beautiful mosques for religious reasons, but the museums, parks and glorious forts in Muscat would more than make up for it. I would like to watch the dolphins and go snorkeling while in Oman, and also enjoy a lovely barbecue on the beach at Marina Bandar Al Rawdah. 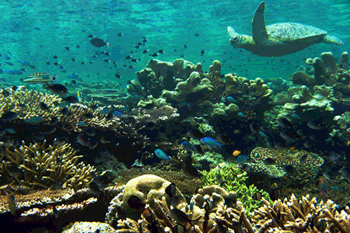 I would also be glad to participate in some of the famous Oman festivals if the timing is right, such as the Muscat Festival, Salalah festival, Sindbad Classic or Offshore Sailing Race.

All in all, it would an escapade of my dreams.

This blog post is an entry into Indiblogger’s "Beauty has an address!" contest in association with Oman Tourism (http://www.omantourism.gov.om). Pray I win and thy prayers shall be answered, pretty people !!! :-)