(… Sorry, Rustam, the animals take pride of place this time)

One of my slightly unusual colleagues was talking about something called cryptids and crypotozoology. I’d heard of mythological creatures before, but what he showed and said really intrigued me.

And then you know what happened next… I went digging around for info… and once I got it, it’s here for you to know and chew…

So, cryptozoology (and this I quote from wiki and various other websites that google pulled up) literally means "the study of hidden animals” (Greek “kryptos” = "hidden" + zoology). It refers to the search for animals considered to be legendary or otherwise nonexistent by the field of biology. As it relies heavily upon anecdotal evidence, stories and alleged sightings, cryptozoology is considered a pseudoscience; a branch unrecognized by zoology or science.

Not that that stops people from researching it though…

Here’s the catch - many people mistakenly confuse cryptozoology with the study of mythological creatures. In fact it is a completely different science, being a variant of the more traditional zoology. Cryptozoology has no interest in unreal creatures. It is the study of living creatures that might exist now or have existed once but are not yet known formally. These potential creatures are known as cryptids, a term coined by John Wall in 1983.
Note: a cryptid does not have to be a "monster".

Another extremely interesting and comprehensive site I found was this - http://www.newanimal.org/

And another, with a systematic format and description - http://enigmaticstatic.com/cryptidanalysis.html

Of course there are a lot of other specialized sites that describe this science and the creatures. Some famous names are the Loch Ness (fondly referred to as “Nessie” – reminds me of the Twilight series – apparently it also has a cousin called “Tessie”), Thunderbirds, Tsuchinoko, Yowie, Bigfoot, minotaur, yeti, centaur, hydra, sphinx, Leviathan, Pegasus, unicorn, mermaids and dragons, etc.

Which one’s my favourite? 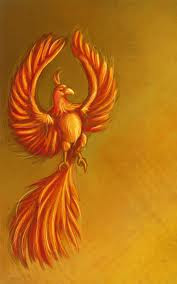 I like the phoenix – the colourful, majestic bird called Fawkes that Dumblydore owned in the Harry Potter series. It symbolizes eternal life, and is associated with the rising sun. Myths say that only one phoenix can exist at a time. When it senses that its life is coming to an end - about once every thousand years - the phoenix builds itself a funeral pyre made of cinnamon or other aromatic material and allows itself to be consumed by the flames. Then, as the old phoenix is reduced to ashes, a new one rises to begin its life on Earth. (Check out the video in the HP series, I forget which part.)

Well, you could attribute my choice to my meagre knowledge or to the fact that I heartily admire and adore Albus Dumbledore… Point remains, I find the phoenix exquisite and dazzling.

Ain’t gona give any further gyaan here… Go check it out for yourself if you found this teaser interesting.

Just gonna wind up with some pictures of cryptids. 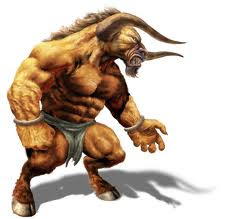 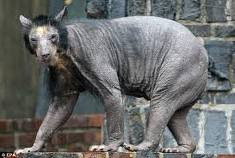 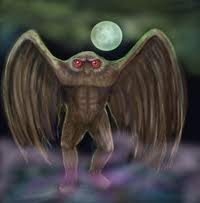 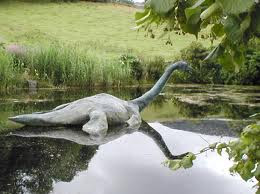 Insightful stuffs though hardcore.Thanks for the education
Cheers
Vishal